I’m a little later than usual this week! I was working on my author newsletter, so this had to wait.

Thanks so much for following my blog. I’m excited to see new names on my list. Blogging is so much fun, and gives me a chance to write about my travels and hiking adventures, which are sometimes one and the same. I’ve noticed that readers are responding most to my posts about those subjects. Someday in the not so distant future I’m going to put my travel writing into book form. But for now…

Here’s my shameless plug: my other love is my fiction writing career, and I’m going to talk about that. Yes, in between my explorations of the world near and far I spend a lot of time in front of a computer, and I’m not reading Celebrity Net Worth. Oh wait, did I just say that? I lied! I love Celebrity Net Worth! (I don’t work for this company and know no one who does, just giving my favorite website a shameless plug, too!) But that’s not my reason for turning on the computer. I’ve been writing books since I was ten years old. After many years of chasing editors, agents, and publishers who wanted me to write what they wanted, I finally decided to self-publish and write what I want. I set out to write romance, but ended up with a book that was much more women’s fiction instead. It’s called “Gunning for Groupie Gold,” and it turned out to be my second book published, though the first written.

The second book I wrote, “Live Vicariously Through Me,” was written at the same time as “Gunning,” and was the third book published.

This is easily my favorite book about my favorite characters, Nikk Saffire and Em’rald, glam metal rockers on top of the world. A harrowing love story that begins in a homeless shelter when Nikk and Em’rald were known as Niko and Emily, their lives eventually cross paths with the groupies of “Gunning.”

Once these books were done I got the hankering to tell the tale of how the three groupie girls from “Gunning” got to be who they are, and “Girls Gone Groupie” eventually became my first book published, but the third book written. Go figure! 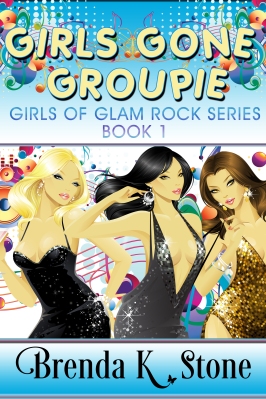 Now, about my other series…

About a decade ago I started writing for the now defunct “true” magazines, that included True Story and True Confessions.  I had an astounding  submission to acceptance rate with them. In fact, they basically bought everything I wrote. My writing friends eventually talked me into putting similar stories into book form, and that’s how my second series, Women Like Us, came to be. While the Girls of Glam Rock are rubbing elbows with celebs, my characters in the Women Like Us Series are everyday women, hence the series name. The first book, “Transformations,” contains three true-to-life stories about women determined to make their lives better, while the second book, “Tangled Webs,” has two stories: 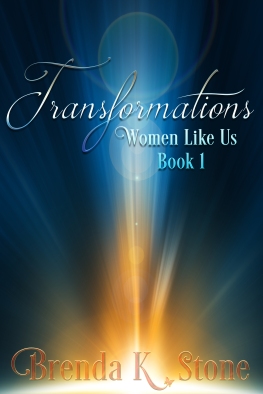 I’m currently hard at work editing the fourth Girls of Glam Rock book, “Shine On, You Crazy Saffire,” and writing the third Women Like Us book “Two Sides to Every Story.”

My five published books are available here, both in digital and print on demand, with full descriptions for your reading pleasure!

As mentioned earlier, I also send a monthly author newsletter. You can sign up here.

Thanks for your interest in my blog and in my writing.

Next post I’ll be back to blabbing about my travel and hiking life, and will be about Southern Utah, also known as my favorite place on earth. Stay tuned!

One thought on “Daring Tales of a Determined Woman: The Shameless Plug”