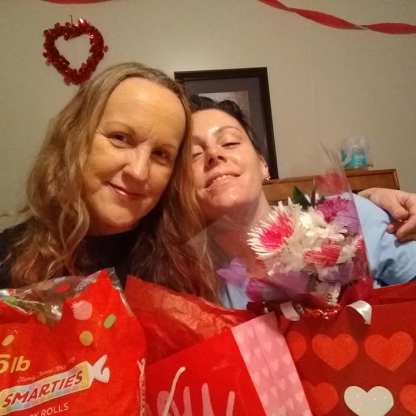 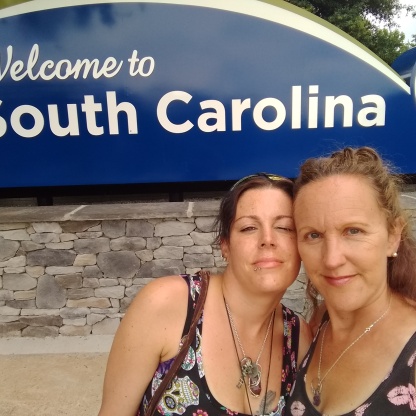 Survivors are not born. They’re made. By struggle. By sadness. By fear. By learning and doing and enduring. I’m not afraid to appear narcissistic by saying that we’ve done them all and more and we’re still here and we plan on being here for a long time.

My beloved niece Amanda is in South Carolina, I’m in Massachusetts. She’s been on a journey of recovery from liver failure for a year and a half now, I’ve been on a Stage IV lung cancer road trip since last September. Neither of us are supposed to be where we are now. But we are. So there.

Traveling is one of the things that I am. I don’t just do it. Though I’ve been criticized for “how” I travel by some who think there’s some hard and fast rules to doing it bigger, better, and faster than me, the truth is that long before I got on an airplane or in a car, I was visiting national parks and monuments on by bedroom floor with a map open in front of my unknowing eyes.  I was discovering foreign lands through age-old National Geographic magazines open on the hall steps. To have the ability to travel taken away from me by cancer was a crushing blow. So imagine the double whammy of rushing down a runway on an American Airlines jetliner and seeing my brave and beautiful niece again all in one compact trip! If this sounds petty to you, maybe you’ll understand someday. I hope you do, but I also hope you don’t have to find out the way we did.

I never cared how I got to where I was going. How much my ticket cost as compared to someone else’s or how good my hotel room was, neither. It ain’t what you’re going to remember when you’re on your death bed. I care even less now. Just let me get there again.

Where was your last trip? Portugal? Good for you. Me, Hell and back. Beat that. But now I plan to make up for lost time, and my sentimental journey to South Carolina was the first step. In a near future blog I’ll talk about the fun stuff we did in more detail, like the trip to the gem mine and the working farm, both with gift shops, of course! But for today, I’ll just recount the more personal aspects of the trip.

Last fall, when I started on my cancer road trip, there was little hope for me to be sitting at my computer and typing this in an upright position, much less boarding an airplane and going places, for a hellishly long time, if ever again. This foray, and my story in general, is one of those miracles you read about in books about someone else. Sure, I was only gone for four days. And no, it wasn’t nearly enough time to celebrate life with Amanda. But in another way, it was the trip of a lifetime, to mark my existence truly beginning again, to set a precedent for getting my life back to the way it was not so long ago, and yet ages ago.

Valentine’s Day had already passed, but not really. February 14th, February 16th, what does it matter? They’re all the same when you aren’t supposed to be where you are, but you are anyway, by sheer force of luck, love, spirit, and whatever else got you there. Lots of presents were shared, tons of dog love, chocolate, and Smarties. How can you go wrong?

We ran around like teenagers and caught up on things. Pretended to be miners in Greenville. Went bowling because the movie choices sucked. Ate at a neat restaurant like the one we’d found in Boone, North Carolina last year. Ended the trip at our favorite China Garden eating seven different flavors of chicken and shrimp and drinking jasmine tea. It was there that I read the Survivor’s Ditty I wrote for us:

Sigh. If only it were that simple.

Early the next morning, I had to leave her and come home to reality and appointments and killing cancer. For four whirlwind days it was like I was normal again. Wait, I am normal again. Maybe I was never not normal? Still trying to figure all this out.

It’s been a hell of a ride, and it ain’t over yet. As I sit and type, I still have treatment to endure. Fingers crossed that I’ve been through the worst of it. And you can bet that I’m hankering for that next trip down the runway. Guess where it will be to? If you guessed South Carolina, you’re right.

Making up for lost time. 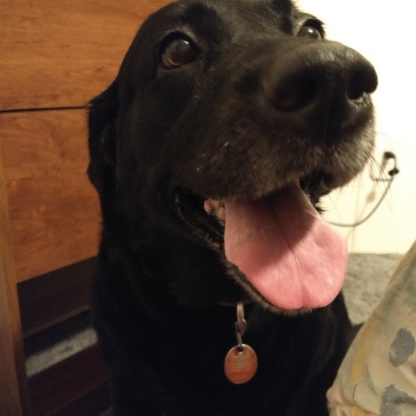 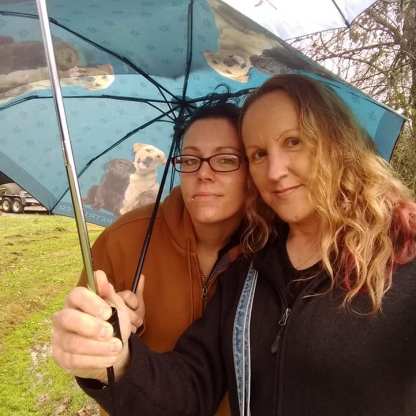