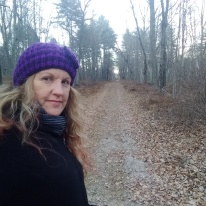 What’s so new about surviving cancer? A ton.

Now, it’s my reality and I’m going to live it. And if I can help others in the process, even better. Every dark cloud has a silver lining, right?

But let’s get back to that new face of surviving cancer.

What’s your perception of someone with the Big C? It’s this, right?

This may still be reality for some unfortunate enough to get this disease, but not all. What if I told you that every single picture of me in this blog (and most on my website) were taken after my diagnosis, and that my appearance didn’t change at all as I’ve gone through treatment? That there are people wandering around out there in the world, like myself, that have cancer and you don’t even know it unless they tell you? You’d call me a liar, but that’s okay. It gives me a job to do here, changing your perception of what a cancer survivor looks like.

Let me just clear up one more thing.

You’ll see a lot of this stuff out there, too:

I’m going to title this one “Gorgeous Woman Who Has Never Known Cancer in Her Life Telling You That You Can Look as Happy and Fantastic as Her While Your Body and Your Identity Get Depleted By Chemo.” This is called “putting a happy face on a really crappy situation.” It’s misleading advertising at its best and worst. And this is absolutely not what I’m aiming for here. Nor am I suggesting that every chemo patient is ugly, or that any chemo or cancer patient is ugly. I’ve seen people look absolutely stunning in head wraps and/or wigs. Don’t know how they do it. I admire them greatly. In general, I think strength is way more admirable than the Kardashians.

Disclaimer: I was lucky enough to turn my back on chemotherapy, but was less than twenty-four hours away from having it when I was offered cutting edge treatment at a comprehensive cancer center.  I don’t know what chemo is “like” and I don’t plan to. But I do know what it’s like to think that this is the only way to rid my body of this demon called cancer. I was almost there. My lucky stars aligned and I was saved this misery. And this is why I’m so different.

I have lung cancer. And no, it’s not because I smoked, and no it is absolutely, positively not okay to assume that or to ask me about it as if it’s a given fact. That’s an unfortunate way the face of cancer is changing: lung cancer is on the rise in populations in otherwise healthy individuals like me. But that’s for another blog. For this one, let’s get just a bit deeper into two of the reasons that cancer is getting a much needed makeover.

I was diagnosed at a local hospital before I went to Dana-Farber in Boston, which is consistently in the top five cancer research institutes in the entire United States. My local hospital was prepping me for chemo and radiation, but had the good sense to send my biopsy tissue out for what is referred to as biomarker testing, though it may also be referred to otherwise. I can’t even stress how important it is to get this type of testing done if it’s available for your type of cancer. It could be the difference between vastly different treatment scenarios. It could be the difference between life and death, as it was for me. When you settle for chemo and radiation as a first line treatment, that is all you’re ever going to get, and at many small cancer facilities it may be your only option. I know now that if I had not gone to Boston I would not have lived long. Scary stuff.

If you’re fortunate enough to have a biomarker, you may be able to have something called targeted therapy, which is what I’m on. It’s basically a pill that targets the specific mutation in your tumor but usually doesn’t destroy anything else, like white blood cells, which is what chemo is known to do. Targeted therapy drugs often have many less side effects than chemo. It may sound far fetched, but the therapy that I take daily started shrinking visual tumors I had in less than a week and set me on the path of getting my life back. Results vary, (mine was phenomenal) but many people have great responses to these wonder drugs.

The second fairly new treatment is called immunotherapy, which uses your own immune system to attack cancer cells. Like targeted therapy, more cancer survivors are living longer lives with infusions of immunotherapy. Many options are available, and I’ve read several success stories.

It is accurate to say that targeted therapy and immunotherapy are rewriting the script on cancer and putting more people in the survivor column.

Before you accept chemo and radiation, be sure to look into all your treatment options.

And join me as the New Face of Surviving Cancer.

2 thoughts on “The New Face of Surviving Cancer”